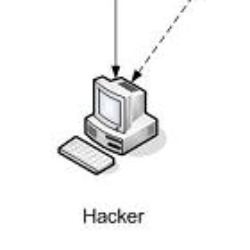 I have mentioned before that we regularly see Linux malware infected with an old Linux virus, Linux/Rst-B.

It is 6 years to the day when we first saw Linux/Rst-B and despite reputable anti-virus solutions having being able to detect it since then, we keep seeing it appear on our honeypots. In fact, over the last 3 months roughly 70% of malware downloaded by hackers to one of our honeypots was infected with Linux/Rst-B.

Linux computers are very valuable to hackers. A bot army, similar to real armies, needs a general (controller) and infantry (zombies). Linux boxes are often used as servers, which means they have a high up-time – essential for a central control point. A Windows computer, on the other hand, is found at home or as a desktop machine in an office, and these computers are regularly switched off. This makes them less attractive as controllers, but ideal for infantry, or zombies.

The picture below shows the typical role of a compromised Linux computer under a hackers control. By identifying these bot controllers, we have a much better opportunity to disrupt entire botnets. Hackers typically gain control via weak SSH password or some other vulnerability. Once in, they install IRC based malware and use IRC channels to control their bots.

A few of us in the Sophos labs are researching how prominent Linux based botnet controllers are and would appreciate your help. If you don’t run anti-virus on your Linux boxes,  we would like to invite you to run a tiny rudimentary scanner we have developed whose sole job is to look for Linux/Rst-B infections.

To run the Linux/Rst-B detection tool you will need to download the tar.gz file and build the tool using the Makefile provided. Note that this requires you to have gcc installed. If you don’t have gcc, a compiled binary is also included.

To verify the contents, you can use MD5 or SHA1 – the steps below explain how and show the expected results.