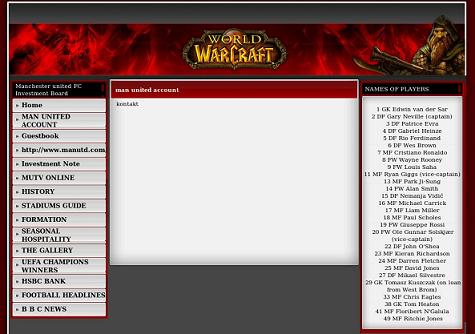 We got something a little unusual in our spam queues this afternoon. It’s not often we see phishing emails supposedly from Sir Alex Ferguson himself.

The links have been removed from the above email text, but should you be tempted to sign up I think one look at the site you’re taken to would convince you otherwise. As far as I know World of Warcraft doesn’t sponsor United 😉 We’ve recently seen Manchester United’s name used in Viagra spam, and it looks like it might be an idea that’s catching on.