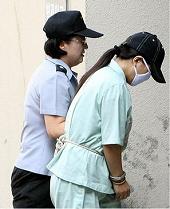 In September I blogged about Won Jeong Hwa. Under the cover of touring South Korean military bases to lecture on the evils of Kim II Sung’s North Korean communist regime, Miss Won seduced army officers in exchange for military secrets.

Won, who has been dubbed the Korean “Mata Hari” for her sex espionage antics, has now been sentenced to five years in jail.

What makes this case of interest to us is that officers in South Korea’s military command and control centre were the target of a spyware attack in the form of a malicious email attachment, after their details were passed from the 35-year-old female agent to North Korea.

It’s doubtful that anyone in military circles will be surprised to hear that North Korea is using the internet to spy on its enemies. But then, is there any country in the world which wouldn’t use the internet for espionage? It’s relatively simple to do (providing the soliders at your target country aren’t defending their computer systems properly), and reduces the level of physical danger in which you put your agents.

Spyware combined with old-fashioned femme fatales sound like a winning combination for intelligence agencies around the world.