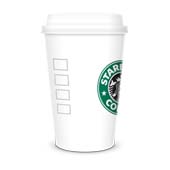 Uh-oh. The identitities of some 97,000 employees of Starbucks have been put at risk after a laptop was stolen at the end of October. It’s unclear why the coffee house giant has waited four weeks before informing its workforce. The incident, which was only made public this week, is not the first time that Starbucks has reportedly lost laptops containing information about employees.

In the latest security breach, names, addresses and social security numbers are said to have been stored on the lost laptop.

What is most disturbing, however, is that no mention is made of the sensitive data on the computer being encrypted in the letter sent to affected employees: Starbucks says it has informed the police, and is working with a credit watching service to warn if employees’ credit rating should suddenly change (a possible indication of identity theft).

But if the data on that computer’s hard disk had been properly encrypted in the first place then Starbucks workers would have a lot less to worry about.