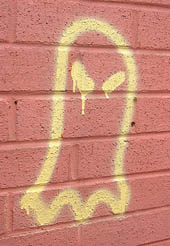 Earlier this month a court ordered two companies to halt their operations, after they were suspected of tricking innocent users into purchasing bogus security software (an unpleasant scam known as scareware).

According to a statement at the time by the Federal Trade Commission, Innovative Marketing and ByteHosting Internet Services were believed to have tricked more than a million internet users into purchasing security software products such as DriveCleaner, ErrorSafe, WinAntivirus, WinFixer and XP Antivirus.

The latest development in this case is that a judge has now ruled that Innovative Marketing is in contempt because it has failed to stop its operations and refused to hand over financial records.

The Belize-based company is to be fined $8,000 every day, ruled US District Judge Richard D. Bennett, after the company’s CEO and other defendants failed to attend a hearing in Baltimore.

No doubt we’ll be hearing more about this case during 2009. Whether the people behind these companies are found guilty of scareware-related crimes or not, there’s no doubt that this year saw a massive increase in these types of scams as we discussed in our recent Security Threat Report.

Someone has been making a lot of cash by scaring people into buying bogus security software.