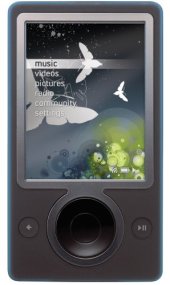 The internet was bombarded by reports from 30GB Zune owners, concerned that their MP3 player may have been stricken by an astonishingly delayed variant of the Y2K bug or something more sinister.

Grunfloz summarised the issue pretty neatly on the Zune.net forum:

From what I can tell it looks like every Zune 30 on the planet has suddenly crashed. Is this a virus? A glitch? A time bomb? A disgruntled Microsoft employee? Planned obsolescence to make us buy a new one? Or just a terrorist plot to drive the free world crazy?

The reality was, as normal, rather more down-to-earth. It seems when the boffins at Microsoft created the Zune in 2006, they didn’t tell it how to handle leap years properly. So when the last day of the next leap year came around in 2008 it got its knickers in a twist.

Microsoft says the problem will resolve itself as the date clicks around to January 1st in your part of the world. For more information read Microsoft’s FAQ.

By the way, happy new year everyone!