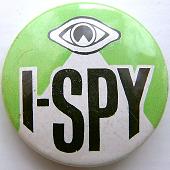 According to media reports, a British man who lost his IT job after lying about his career history and qualifications hacked into his former employees’ network and planted spyware on colleagues’ PCs.

46-year-old Julius Oladiran of South Norwood, London, lost his database developer job after his employers became suspicious about his lack of knowledge, and found that he had lied about having a master’s degree and experience on top government projects.

Oladiran installed spyware on the small company’s network, in an attempt to intercept email traffic about him, but was discovered when a worker noticed the cursor on his computer moving around the screen seemingly by its own accord.

The hacker also deleted some emails between his former colleagues, sabotaging a project which then lead to the lay-off of several workers.

Oladiran was also ordered to pay the unnamed company £3,200 compensation.

This sordid little story is a salutary reminder that not all hacking is the work of international cybercrime gangs. Just because it’s easy to spy on someone’s computer should be no justification for installing spyware. Just as you wouldn’t break into someone’s house to rifle through their personal belongings, so you shouldn’t spy on someone else’s computer to see what they’re doing, and what they are saying.