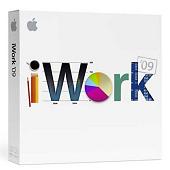 The Trojan, which is being called “iWorkServices” or “iServices” by some, has been distributed via BitTorrent inside a pirated version of Apple’s new iWork ’09 suite.

Ironically, hackers have used a pirated version of iWork ’09 as a “host” for the malware, just as Apple loosened up anti-piracy protection in the package.

Whereas previous versions of Apple iWork required users to enter a serial number when installing from CD ROM, the new version allows users to install the software on as many computers as they like – without apparent repercussion.

Of course, you should never download copyrighted commercial material via peer-to-peer file-sharing sites. Not only might you be breaching copyright, but you could also be risking a malware infection.

It should be remembered that malware affecting Apple Macs is much less frequently encountered than it is by their Windows-using counterparts. But that doesn’t mean the problem is non-existent, and it’s no excuse for Apple users to have their head in the sand when it comes to security.

SophosLabs has received a sample of the malware, which we detect as OSX/iWorkS-A.

Update: You can learn more about the OSX/iWorkS-A threat in this blog post by Paul Baccas of SophosLabs.