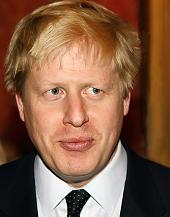 Boris Johnson, the Mayor of London, has come out in support of Gary McKinnon, the British hacker who faces extradition to the United States.

Boris, who is loved by many British people for his very public gaffes and his physical similarity to an Old English Sheepdog, wrote on his blog:

To listen to the ravings of the US military, you would think that Mr McKinnon is a threat to national security on a par with Osama bin Laden. According to the Americans, this mild-mannered computer programmer has done more damage to their war-fighting capabilities than all the orange-pyjama-clad suspects of Guantanamo combined.

Boris is just the latest person to voice their support for McKinnon, in what has been a concerted attempt by the 42-year-old hacker’s support team to keep his plight in the headlines.

McKinnon, who has admitted that he broke into sensitive US military networks, claims it was only to hunt for confidential information about anti-gravity propulsion systems and UFO technology which he believed the authorities were hiding from the public. Last week it was revealed that the director of public prosecutions is considering whether McKinnon should be prosecuted in the United Kingdom, which would make extradition unlikely.