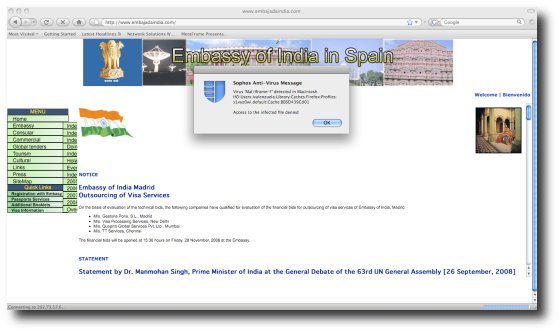 Sophoslabs has received reports (Passionate about Information Security and Dancho Danchev) that India’s Embassy in Spain has been the victim of a malicious attack.

As mentioned in Dancho’s blog several other embassies have been hit in the past including the US Consulate in St Petersburg.

The interesting thing from my point of view is that Ismael’s screenshot (on Passionate about Information Security) suggests he is using Sophos Anti-Virus for Mac.