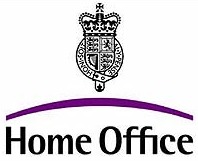 BBC News Online is reporting that the British Home Office found itself in the embarrassing position today of trying to explain why its website was linking to a Japanese pornographic site.

As a video report showed, a webpage about the Office for Security and Counter Terrorism included a link which claimed to go to a body called the Technical Advisory Board (TAB), but actually went to an X-rated sex site.

Although the Home Office told BBC reporter Rory Cellan-Jones that it had removed the link, it can still be found as clickable hotlinks in PDF documents hosted on their website. It took me less than 30 seconds to find the offending link on the Home Office’s website, so it doesn’t appear that their clean-up can have been that thorough.

It’s possible that there may still be other websites linking to the “technical advisory board” website which do not realise that its content is now.. err.. a little more salacious and as far from a legitimate UK organisation as it’s possible to be. By the way, I would not recommend visiting the site, just in case there is any unpleasantness on it.

Of course, this isn’t the first time that the British Government has been caught napping, and allowed a domain name to slip through its fingers and be bought by a third party.

Last September Sophos revealed how the authorities had managed to lose control of the domain of the National Hi-Tech Crime Unit to a German opportunist. Ironically on that occasion I discovered the problem because of a link from the BBC News site.

More care needs to be taken about ensuring website URLs do not fall into the wrong hands, even if it has been decided to mothball an old website. Can we expect the Home Office to keep better tabs (groan..) on these things in future?