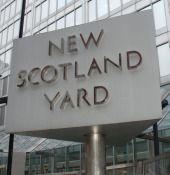 The British PCeU (Police Central e-crime Unit) has scored its first success, with the arrest of a criminal gang accused of targeting the financial services industry with banking Trojan horses.

Four women and five men have been arrested in a coordinated operation which saw over 50 officers swooping on addresses across South East London, according to media reports.

The gang, aged between 18 and 30 years old, are believed to hail from Eastern Europe and the former Soviet Union, and are suspected of using servers across Europe as part of their plan to steal information from unsuspecting online bankers.

According to reports, the gang are believed to have recruited mules to help move stolen funds into their own coffers. This ties in with a trend we have increasingly seen over the last few years. It’s less and less common for cybercrime to be the act of a lone individual, working solo. It’s becoming more likely than ever before that organised criminal gangs are involved in cybercrime, working closely together as a unit in order to steal money as quickly as possible.

It’s good to see the authorities showing little patience for this kind of cybercrime, which appears to be on the rise. However, one has to wonder how often money is stolen from bank accounts without the villains ever being identified? Banks may feel the issue has gone away when their out-of-pocket customer’s account is refunded – but is that really solving the true problem?