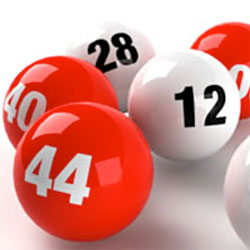 Normally Naked Security focuses on computer-related threats, but postal lottery scams are a menace that are particularly worth considering if you have elderly or vulnerable family members.

Although many of us are all too accustomed to receiving their email-based cousins on a regular basis, I was driven to think of lottery scams arriving via the regular post after reading the news that police have recovered more than half a million pounds after raiding a house in the UK county of Somerset.

Scammers were in line to earn over £35 million a year if their scam operation had not been busted, according to officers at the Serious Organised Crime Agency (Soca). Payments worth over half a million pounds were recovered and are being returned to 22,000 people who fell for a fake lottery winning notification sent via the regular mail.

The BBC published a short video explaining how people can fall for a letter claiming they have won almost £2 million in a lottery they never entered:

You may think that the people who fell for their scam were idiots and deserved to lose money, but I think it’s more likely that many of them are elderly and vulnerable. Ask yourself this, how would you feel if it was your ageing grandfather who was conned in this way?

Computer software can’t help fight against scammers fleecing the vulnerable when it’s not happening via the net. As I’ve discussed before, we all need to play our part in protecting those around us who might be most at risk of being conned.

By the way, according to BBC News, the masterminds behind this particular scheme are said by Soca to be overseas and beyond the jurisdiction of the UK authorities. Who knows which country they will target next.