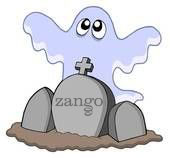 Not many people will be shedding a tear this week at the news that notorious adware distributor Zango has shut its doors.

According to media reports, Zango (who were previously known as 180Solutions) was unable to remain in business because it was unable to pay its debts.

The reason why Zango proved so unpopular with security researchers and computer users around the world was that affiliates frequently silently installed the adware-displaying software onto unsuspecting users’ computers by exploiting vulnerabilities.

This practice ultimately lead the Federal Trade Commission to fine the company $3 million, and despite laying off staff it never truly recovered.

So let’s all raise a glass to the demise of Zango and hope that other internet companies engaged in dodgy marketing practices will learn the lesson sooner rather than later that controversial adware business models will not be tolerated.