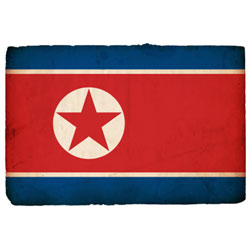 Intelligence services in Seoul are claiming that North Korea has set up a specialist cyberwarfare brigade, designed to use technology usually used by hackers to steal information from enemy countries and disrupt rival military networks in South Korea and the United States.

The claims, which have been published in the South Korean press and picked up by news agencies worldwide, say that the North Korean People’s Army have recruited approximately 100 hackers to break into US and South Korean computers, download classified information and simulate combat situations.

According to an unnamed source, “when necessary, [the North Korean hackers] may spread computer viruses to disrupt the networks.”

Many of the hackers are said to be graduates from a military academy in North Korea’s capital city, Pyongyang.

It is, of course, very hard to confirm the veracity of these reports. Undoubtedly there are hackers based in North Korea – but that’s true of just about any country in the world. What’s tricky to prove (and there doesn’t appear to be any proof provided in these media reports) is whether the hacking is backed by the country’s rulers.

What is clear is that in the last few years we have seen more and more claims of countries attacking and spying upon each other via the internet.

For instance, in September 2007, the Financial Times reported that the Chinese military were being blamed for a cyberattack which targeted a Pentagon computer in the office of US defense secretary Robert Gates. The FT reported that the People’s Liberation Army (PLA) had been named as the likely perpetrators of the hacking attempt.

Last year, I described how the German foreign intelligence service had been accused of spying on a ministry in Afghanistan, explained how the conflict between Russia and Georgia spilled into cyberwarfare, and described how the Belgian and Indian governments had pointed the finger at China for attacks against their systems.

Countries will use every dirty trick in the book to spy upon each other and grasp an advantage. We shouldn’t be surprised if armies are engaged in this kind of behaviour, and we shouldn’t fool ourselves into thinking that our own countries aren’t also using the net for nefarious purposes too.