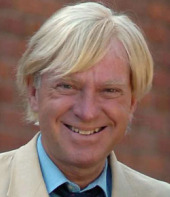 Michael Fabricant, Conservative member of parliament for the constituency of Lichfield, has had his Facebook page suspended after his account was taken over by hackers.

The British MP fell foul of a phishing campaign that stole his username and password, allowing hackers to automatically send messages to 1500 of his friends saying “Look at this!” pointing to a malicious webpage.

58-year-old Fabricant reported on his blog that he was “devastated.. This has never happened to me before and I can only apologise. If any of my Facebook Friends get a message from me called ‘Look at this’ – Don’t! I did when I received a similar message and look what happened to me. Outlawed from cyberspace and unable to communicate now with my cyber friends”.

My advice to Fabricant, however, is that he should go further and ensure that he’s not using his Facebook password on any other website. Earlier this year, we published research which revealed that 33% of people use the same password for every website they access, opening the door for spammers, identity thieves and malware-spreaders.

Meanwhile, the proportion of social networking users on the receiving end of cyberattacks is not to be sniffed at: Although it might be tempting to be amused at Fabricant’s security breach, his tangle with cybercriminals is a scenario that more and more people using social networking sites are encountering. It would do no-one any harm at all to make themselves better acquainted with safe computing practices, and better defend their activities online.