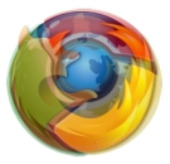 Two popular web browsers have been updated to fix a number of security vulnerabilities which, if exploited, could be used by hackers to run malicious code on your computers.

Users of Google Chrome and Mozilla Firefox are advised to update their systems as soon as possible, as in the past hackers have shown themselves to be no slowcoaches when it comes to exploiting recently revealed security holes.

Fortunately updating both browsers is not that complicated. Google pushes out updates to its Chrome browser via a silent/automatic update mechanism, and Firefox users need only choose Help/Check for Updates if they are not automatically reminded about the upgrade’s availability.

Whichever web browser you use it’s really important that you keep it up-to-date and in tip-top condition. The number of web-based attacks we are seeing is simply staggering, and you can reduce your chances of being hit if you run a fully-patched web browser alongside an up-to-date anti-virus solution.

More information about the vulnerabilities fixed in Chrome and Firefox: