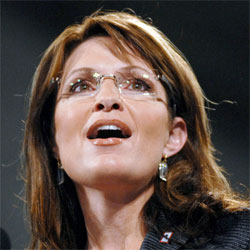 Remember when Sarah Palin’s Yahoo email account was hacked last year, and details of her private emails were distributed across the internet? If you were reading the Clu-blog last September you’ll remember that her account was broken into by a hacker who correctly guessed the answers to her “secret questions” about her date of birth, her postal code, and information about where she met her husband.

A university student called David Kernell, in the city of Knoxville, Tennessee, was identified by the authorities as the main suspect. Kernell has now appeared in court, asking for the charges against him to be dismissed.

Kernell’s legal team are arguing that because an email address isn’t a name or a number (which apparently is the legal definition of an identity), accessing it can’t be classified as identity theft. Hmm – maybe it’s time for the legal world to catch up with the real world in that case. I know a lot of people who only seem to have an identity online these days. 🙂

Fascinatingly, according to media reports, the court has agreed not to use the word “hacking” in the trial.

Instead they’re going to use the phrase “unauthorized access to a protected computer.” The only exception? – and you should make sure you’re not drinking a cup of coffee over your keyboard before you read this – it turns out that the prosecutors can quote David Kernell himself, who allegedly told people he hacked into the Republican Vice-Presidential candidate’s email account.

I hoped at the time that news of Palin’s lax attitude to her web email security (a problem she shares with Paris Hilton, as demonstrated in the video below) would warn others to take more care in future.

David Kernell’s trial is scheduled for 27th October, which in a cruel twist of fate is also his 22nd birthday. Personally I find it rather ironic that in a newspaper report about alleged identity theft, they reveal the full date of birth of the defendant – but there you go.