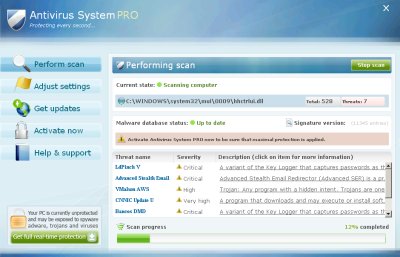 I recently came across a sample that turns this concept around. Running the executable file does nothing at first but after a random time interval it pops up a window while pretending to run a scan.

When this fake scan completes, the user is prompted.

Twice. Notice how the wording has changed forcing the user to read carefully?