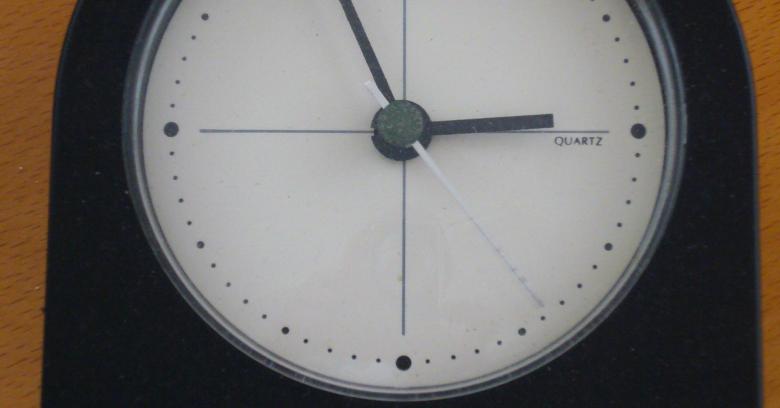 My recent blog post about AV-Test.org now counting more than 22 million pieces of malware in its collection, caused some Clu-blog readers to remember “the good old days”.

One person who got in touch was Mike Hill who – way back in the mists of time – was my boss when I worked at S&S International (later to be known as Dr Solomon’s Software).

Mike reminded me that the Dr Solly’s marketing department produced a commemorative clock to recognise the discovery of the 10,000th virus. In fact, he still has one on his desk which he was kind enough to photograph for me.

Back in October 1996 when we gave the clock away, 10,000 viruses seemed like a really big deal. Now, by about lunchtime, we’ve seen that many pieces of suspicious code arrive in our labs every day.

Sure, we had polymorphic viruses that could mutate their appearance, Word macro viruses, and virus construction kits, but the people writing the malware were predominantly kids in their back bedrooms. The financial motivation to write malware came later, and fuelled by botnets and technologies like server-side polymorphism brought about a production line of seemingly never-ending new malicious code.

I miss the old days. It’s true that anti-virus technology wasn’t as sophisticated then as it is now (for one thing, we’ve got much more proactive), but it certainly was a lot more fun.