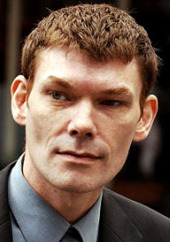 The latest page of the long-running saga of Gary McKinnon has been written. And it doesn’t read well for the London-based hacker and his many supporters.

Today McKinnon lost a judicial review, which he hoped would have lead to a British investigation into his case, rather than extradition to the United States.

McKinnon was arrested seven years ago after breaking into computers belonging to the US Army, US Navy, US Air Force, Department of Defense and NASA. The computer enthusiast from North London claims that he broke into the computer systems only to hunt for top secret information about anti-gravity propulsion systems and alien technology, which he believed the authorities were hiding from the public.

McKinnon has had tremendous support from hackers and ordinary people throughout this case. His supporters have waged an impressive campaign to raise awareness of his plight, including getting numerous celebrities and a national newspaper on their side in their fight to prevent extradition.

But what is truly staggering is the support he has received from the IT community. That’s surprising because, after all, these are the people who are normally tasked with fighting hackers. Sophos’s research shows that 71% of IT professionals believe that Gary McKinnon should not be extradited to the USA.

It’s clear that many IT workers have a lot of sympathy for McKinnon’s ongoing plight and would rather see him tried in Britain as opposed to America. Indeed, in a poll we have conducted here on the Sophos website we found that 71% of IT professionals believe that McKinnon should not be extradited.

The consensus is that it is perhaps inappropriate to make an example of a UFO conspiracy theorist when serious crimes are still being carried out by financially-motivated hackers, stealing identities, sending spam and creating botnets.