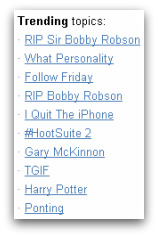 This story about Gary McKinnon failing in his attempt to get the UK to overturn its decision not to try him in his home country (and thus allow him to be extradited) is making headline news in the UK today.

It’s not just a top story on the TV, radio and online media – it’s also brought thousands of supporters of the London-based hacker out of the woodwork, even managing to make his name a trending topic on Twitter.

Solicitor Karen Todner, the solicitor for hacker Gary McKinnon, has given a statement on today’s judgement on the steps of the High Court in London.

In the video footage below from ITN you can also see McKinnon’s mother Janis Sharp give her reaction.

McKinnon’s team say that they are going to lodge an appeal against this morning’s decision in the next 28 days, and if they can will take the case to the Supreme Court and perhaps the European courts.