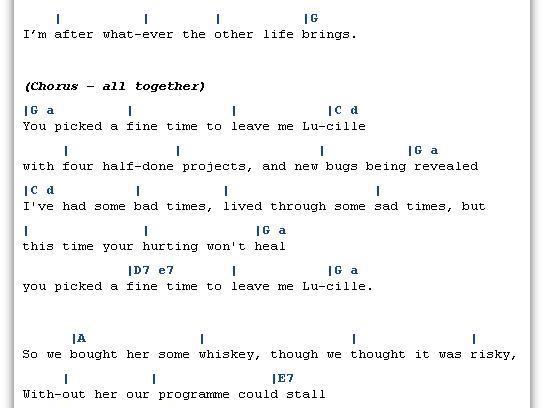 It’s a sad day at Sophos, because we’re saying goodbye to Andrijana.

She’s been working tirelessly behind the scenes at Sophos for over ten years – first running our web team and then working on top secret projects that I can’t even begin to understand in our IT department.

Today we gathered in the Sophos restaurant to wish Andrijana farewell, and her boss Charles Southey sang a song on his guitar to the tune of “You picked a fine time to leave me Lucille”: Andrijana is returning to her native Croatia to – as she put it – “get on with her midlife crisis in much nicer weather than you have in England”.

Her husband, Sophos principal virus researcher Vanja Svajcer, is leaving England too – but fortunately we don’t lose him. He’ll be setting up SophosLabs’s newest lab in Zagreb. 🙂

For those of you who haven’t had the pleasure of meeting her, here’s how a couple of folks summed up some of Andrijana’s characteristics:

Andrijana is a really popular member of staff – as was underlined by the large leaving collection that the staff made for her. Champagne, chocolates, flowers and, the only thing she has been desiring more than Jeremy Irons (sorry Vanja), a KitchenAid. I’m not ashamed to say that there were a few tears. We’re all going to miss Andrijana enormously.