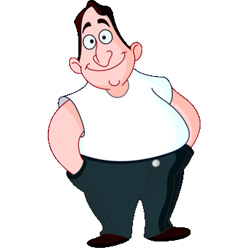 Earlier today I wrote about the denial-of-service attack that hit Twitter hard and hobbled the likes of Facebook and LiveJournal.

In that blog post I likened a distributed denial-of-service attack to “15 fat men trying to get through a revolving door at the same time”.

It obviously struck a nerve describing a denial-of-service like that, and the quote was widely repeated in the likes of TIME Magazine, The Times, The Sun, ComputerWorld, and many other places.

And the quote obviously tickled one South African blogger who wrote the following. I hope you enjoy his comments as much as I did. 🙂

Graham Cluley, a computer security expert, likened the attack to "15 fat men trying to get through a revolving door at the same time." and while this explains the situation nicely, there is no definition of how fat the men are or how small the revolving door is. Some shopping malls (Meadowhall, Canal Walk) have huge automatic revolving doors which wouldn't have any trouble fitting 15 fat men in. I can only imagine that either Twitter has a very small revolving door or that the men in question were exceptionally obese.

It's also interesting to note that it is men who are taking the rap for this. In this age of political correctness, I sincerely hope that Graham considered the implications of his perceived single-sex attack. While it may reflect rather negatively on the male sex, I'm sure there will be - at some point down the line - some mouthy lesbian who will claim to have been struggling to get through the revolving door as well. – Source: 6000 miles from Civilisation

Chortle. After a very long day that made me smile.

Oh, and the latest news on the denial-of-service attacks is that, according to media reports, Google may have been in the firing line as well.