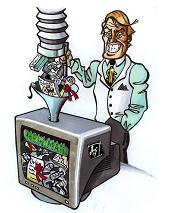 Yesterday Yahoo announced that they wanted to introduce a paid for email service to reduce spam.

The idea is that each time you send an email you pay 1c to charity. The idea being that most people send a small number of emails and will be prepared to pay, whereas spammers send millions of emails and this would make it uneconomical.

The idea has actually been around for a long time, in fact a certain Mr Gates suggested the same thing back in 2004.

So will it work?

The theory is sound, up to a point, but then unfortunately it falls down badly.

The problem is that it is optional, and as soon as someone decides they don’t want to opt-in, it won’t work, because immediately users have to let through unpaid email and make the decision themselves.

Another problem is that whilst pay-per-email would make it uneconomical for spammers, it would have the same effect on thousands of legitimate companies as well. Legitimate email marketing, newsletters, subscriptions to groups, even our own notifications about new malware campaigns would very quickly become too expensive and either the cost would have to be passed on or email would stop being used. If you had to pay for a letter to be delivered at your home, and you couldn’t see what it was ’til you paid, the postal service never would have taken off.

So whilst the idea is a simple and elegant one, the fact is, email is free, was designed to be free and the horse has not only bolted before the stable door was shut but has been running for years and is well on its way to the glue factory.