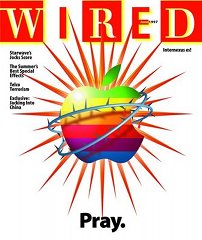 I’m not sure why I get upset by these things, but when a trusted geek news source offers advice that I believe puts users at higher risk if they follow it, I get mad.

Lets start with the premise that many Mac users do not feel the need for anti-virus (or even patching Brian suggests). This may be true however that does not make it sound practice. While the number of OS X viruses is smaller than Windows, the number is increasing dramatically as Apple wins more market presence.

Mac users are being exposed to trojans, viruses, fake anti-virus, and many other threats, just like Windows users. Although OSX may have a more secure foundation than Windows, social engineering tactics are equally if not more effective against OSX users who feel immune to the threat. Suggesting you don’t need the inconvenience of anti-virus on a Mac is irresponsible.

Apple has also had a long run of vulnerabilities in OSX, iPhone, Safari, iTunes, etc. These patches are rarely pre-announced to allow companies to plan an update strategy, and fixes to many flaws take extended periods of time to deliver, even when they are known to put Mac users at risk. This does not sound like the security panacea that Brian suggests in his article.

Then they propagate the myth that Windows 7 is somehow as insecure as Windows XP. Where is Adam Savage when you need him? There are many improvements in Windows 7 including Address Space Layout Randomization, Data Execution Prevention and many other features outlined in our recent podcast with Dr. James Lyne. Windows 7 may not be perfect on the security score card, but it is a major improvement and Windows users who embrace it and continue to follow best practices will be safer than ever before.

Tell you what Wired… I will stick to writing about security, and you stay with the gadgets and gurus of our technology world. And those 101 ways to save Apple from June 1997 (Cover above)? Not bad…