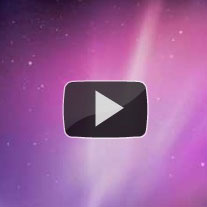 In the last few days there has been lots of speculation about Snow Leopard containing anti-virus functionality to protect against the rising problem of Mac malware.

Well, now Snow Leopard is out you can see for yourself how it behaves. Here’s a video showing what it can do and – perhaps importantly – what it can’t do:

The malware problem on Apple Macs is very small compared to Windows, but it does exist. So, well done to Apple for taking their first baby steps in countering it.

Apple didn’t make a big song-and-dance about the inclusion of this malware protection facility in Snow Leopard which surprised some as the new version of the operating system wasn’t exactly bulging with new functionality.

But maybe it’s clear why they didn’t want to pre-announce it now – the protection only covers two families of Mac Trojan horse and is not equivalent to a true anti-virus product (it won’t protect you if you try to copy an infected file from a USB stick for instance, and doesn’t offer clean-up facilities). Indeed Apple is at pains to insist that people should not describe this as an anti-virus.

However, the limited protection that Apple has implemented may help otherwise incautious and unsuspecting users.

It would be marvellous if this is also the first step in Apple becoming more involved in the fight against cybercrime. Wouldn’t it be great if Apple could quickly move forward to build a collaborative programme – rather like Microsoft’s MAPP initiative – to unite with the computer security industry?

The bottom line is this – it’s no longer uncool to have anti-virus on your Mac. If you want to go a step further than what Apple is offering with Snow Leopard, download our free anti-virus for Mac home users today.

If you’re interested in more information about this new functionality in Snow Leopard, please check out the SophosLabs blog.