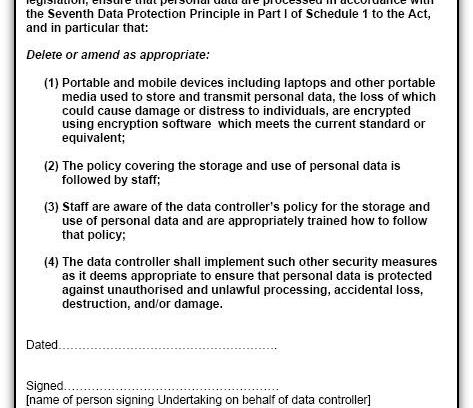 Two British councils have agreed to take action after personal information related to children was lost because the data was not being properly protected.

The Information Commissioner’s Office (ICO) found Sandwell Borough Metropolitan Council in breach of the data protection act after an unencrypted USB memory stick containing personal information on four families was lost. The sensitive data included details on why children had been placed in care, or put on a Child Protection Plan

Meanwhile, Wigan Council has agreed to comply with the UK Data Protection Act after the a laptop was stolen containing personal information about most children and young people in its schools (approximately 43,000 youngsters). The sensitive data had been downloaded onto the laptop and left unencrypted, in breach of council policy.

Both councils have promised the Information Commissioner’s Office that they will take action to comply with the Data Protection Act. Part of that promise includes signing the following undertaking that they will secure personal information in future: If the sensitive data had been stored in encrypted form then it wouldn’t have mattered if a criminal had taken the laptop or picked up the missing USB stick – as the information stored on the devices would have been a gobbledygook mish-mash of random characters rather than the personal details of young people and their families.

These are just two organisations that have hit the headlines because they were found lacking when it came to data encryption, but there must be many more companies who have not taken enough steps to make sure that sensitive information doesn’t fall into the wrong hands.

Here’s a video, starring Sophos spokesmodels Sarah and Ashley, explaining how we help you protect your sensitive information leaking out and falling into the wrong hands:

By the way, here are some fascinating snippets of information about Sarah and Ashley. She studied fine art at Central St Martins, and he used to teach A Level Economics. We don’t just use any old spokesmodels here at Sophos – oh no sirree..