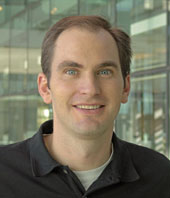 It’s not often in life that you get something for nothing, but guest blogger and VP of Sophos Product Management Chris Kraft reckons he’s got a tool for Windows users that will keep anyone who wants to keep their personal information private very happy. Over to you Chris… Sophos has just released a brand new tool, that is free for Windows users to download: Sophos Free Encryption.

But what is Sophos Free Encryption for?

Well, imagine the old days of telephone party-lines. We’ve all heard about them – where neighbors would listen in on your grandparents’ phone conversations. Now scale that up to a party line with hundreds of millions of people on it. That’s kind of like how email works today.

From our daily messages home sorting out dinners to some of our most sensitive email exchanges with partners and suppliers, they go across the public internet. Now, no-one get too concerned just yet. No, its not likely that your neighbor knows your meal preferences or local town gossip. Thanks to a lot of complex networking gear, no one PC actually “hears” most of the email traffic. Instead email is smartly routed through a series of computers to reach its intended vicinity.

That said, email does pass through an often unpredicted set of hands (computer servers) to transfer from sender to recipient. Across these very hands, millions of messages containing sensitive information travel. Many businesses have begun to protect themselves using technologies such as “transport layer security” and other email encrypted technology.. but what are you doing?

Its likely that if you don’t know the answer to that question. You probably aren’t using anything to protect your information – especially information sent to and from your home. So what should you do?

For the average consumer out there, there are a few recommendations that can help safeguard your information. Follow these simple guidelines to reduce the risk that your information is exposed unnecessarily:

Voila! You are now securely sharing information without exposing it to the rest of the world! You will never be sorry safeguarding your information on the internet – especially when you consider that technologies to help protect youself (like Sophos Free Encryption) are free.

Sophos provides a free encryption utility to encrypt and compress sensitive information. It can be used for free commercially and personally.