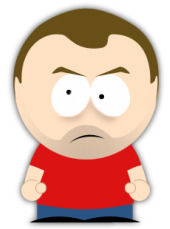 A news story on the BBC website about a theft in the online trading game Eve Online caught my eye recently.

The 27-year-old Australian chief executive of one of the virtual world’s virtual banks robbed a virtual fortune from their virtual vaults.

The virtual banker, who goes by the online handle of “Ricdic”, then sold his 200 billion “kredit” booty for about £3,000 in real money which he used it to put down a deposit on a real house in the real world.

On discovering this theft some of Eve’s users caused a run on the bank in their panic to withdraw their money. Although probably unworthy of the BBC’s reflex “credit crunch” headline the crime is, nonetheless, eye-catching.

Virtual worlds are an intriguing and complex emerging platform. Sooner or later I expect they are going to become very, very important to us but right now it’s difficult to work out how. Trying to determine when it’s right to get serious about virtual worlds is difficult but one of the things I’m looking out for are signs that everyday activities are moving from the real world to virtual ones.

I think it’s a sign that a platform has matured when it stops being a distraction for its own sake and becomes a conduit for some existing common behaviours.

For example; in the beginning people didn’t really know what to do with the web so they just browsed around, exploring. Browsing still happens but your Gran probably joined because she could start checking her bank balance, ordering her shopping and talking to her kids in Australia. She’s not browsing; she’s just changed where she does some of her banking, shopping and talking.

Of course there are some other types of normal behaviour that are less desirable (just to be clear, I’ve stopped talking about your Gran now). From what we know Ricdic didn’t do what he did to get at Eve Online’s banks or users, he just wanted to buy a real house. He saw an opportunity to get his deposit by robbing the virtual bank but presumably if he’d found $5000 lying in the street that would have done just as well.

So Ricdic’s robbery was just a normal human behaviour displaced into a new environment.

Ricdic’s no Ronnie Biggs but it feels to me like we’ve been here before. In less than a decade the archetypal virus writer has gone from being a young man just showing off to his friends to a serious gang of criminals out to make money.

When the combination of risks and rewards is right then organised crime will surely follow Ricdic into committing real crimes in virtual worlds.

So what are the rewards?

Well, there’s an impressive amount of cash washing about in the virtual metaverse. Entropia was already turning over $360,000,000 USD a year before China announced it was going to create 10,000 jobs there. Second Life was turned over $600,000 USD / day in 2008 and attempts to measure its GPD and GDP per capita put it on a level with real countries like Micronesia and Zimbabwe.

By the time Gran displaces her banking, shopping or betting behaviours into a virtual universe she could be joining a first-world economy in cyberspace.

When it comes to the risks we should have low expectations I think.

In the past couple of years we’ve seen what excessive complexity and a lack of regulation can do to a real economy, and that one had entire professions of people pontificating over it whilst the damage was being inflicted. What are the odds on us getting blind-sided by a larger-than-we-realised virtual economy taking out someone’s life savings in the near future?

As a society shouldn’t we be preparing laws to provide suitable deterrents to virtual crime? Who has jurisdiction here? Can we learn from the mistakes we made with email and phishing where we’re always playing catch-up?