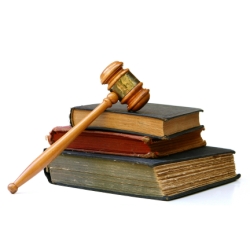 The British Home Office has agreed to delay extradition proceedings against NASA hacker Gary McKinnon, pending a fresh consideration of the evidence, focusing on his medical condition.

McKinnon’s lawyer, Karen Todner, is quoted as saying: “We do take some hope from this. It is the first time that (British Home Secretary) Alan Johnson will have a proper opportunity to consider the reports in this case and it shows that he is taking it seriously. In the meantime we don’t want to be hammering on his door.”

McKinnon, who was arrested in 2002 after allegedly hacking into computers belonging to the US Army, US Navy, US Air Force, Department of Defense and NASA, has been diagnosed with Asperger’s syndrome, and concerns have been raised as to whether he might take his own life if jailed in the United States.

The writing appeared to be on the wall earlier this month when the 43-year-old UFO enthusiast was denied permission to have his case heard in the UK Supreme Court, which McKinnon hoped would lead to a British court case.

It’s generally felt that if McKinnon were tried in the UK he would face a more lenient sentence than in the United States.

This latest development may be viewed as a ray of light in an otherwise gloomy outlook for McKinnon’s many supporters, who include members of all the major British political parties, celebrities and 71% of IT professionals we polled earlier this year.