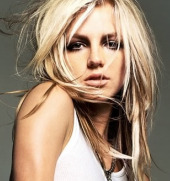 Just over two months ago I explained on Twitter why I was following Britney Spears. In a nutshell, I follow Britney on Twitter not because I’m interested in her music or her complicated private life, but because it’s the best way of getting a heads-up on when her account next gets hacked.

Ironically enough, I wasn’t on Twitter today as I was down in London speaking at the “Information Security in the Public Sector” conference about social networking threats.

So, where’s the irony? Well, while I was talking about some of Britney’s past troubles on Twitter her account was being hacked – again!

This time the bad guys replaced her wallpaper and profile picture with emblems suggesting she was part of some conspiratorial masonic secret world government (as far as I know, this isn’t true about Britney, although I have sometimes suspected she might be a shape-shifting lizard): Some messages were also posted to her legions of followers (over 3.7 million at the last count);

i hope that the new world order will arrive as soon as possible! -Britney

I give myself to Lucifer every day for it to arrive as quickly as possible. Glory to Satan!

I guess we should be grateful that this hack appears to have been mindless vandalism rather than motivated by more malicious intentions. Imagine, for example, if the hacker had posted a message saying “Free tickets to a secret concert” which had taken some of Britney Spears’s millions of ardent fans to a malicious website?

It’s not clear at this stage how Britney’s Twitter account was compromised – but probably the most likely bet is that a simple easy-to-crack password was being used or that one of Britney’s team fell for a phishing attack.

The Twitter account of Britney Spears does appear to have now been brought back to order, and an apology was posted to her followers: However the attack happened it’s a timely reminder to all of us (whether responsible for Twitter accounts with a small or huge following) to take greater care with our online security.