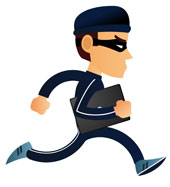 The Information Commissioner’s Office (ICO) is arguing in the British media that company board members need to wake up to the issues of securing personal information or risk substantial fines.

The warning comes as it was revealed that a laptop containing the personal data of some 110,000 people, revealing their names and addresses, dates of birth and national insurance numbers, had been lost. In addition, bank account details of 18,000 of the individuals were stored on the lapstop which was stolen from a locked server room at Northgate Arinso – suppliers of Verity Trustees’ computerised pensions administration system.

There is a very real danger that the public are losing trust in the ability of organisations to look after their personal information. It’s essential that confidence is maintained and for that reason the ICO is calling for tougher punishments for both the data thieves, and the companies who are sloppy with the public’s information.

In this particular case, anonymised data on less than 100 pension holders was required for training purposes. But instead the personal information (which would be extremely valuable to identity thieves) of over 100,000 individuals was held on the stolen laptop.

Clearly, if the laptop’s hard disk had been encrypted and protected with a strong password then the danger would have been mitigated. But questions should be asked as to how the non-anonymised data was copied to the PC in the first place. Organisations which handle customer’s personal data should put in place technology which not only encrypts sensitive information, but also polices the movement of that data. Modern security solutions are capable of determining say, a file containing large numbers of names and addresses, are being copied from one place to another – and raise an alarm if appropriate.

The ICO will be able to seek penalties of up to £500,000 against companies that are found to have “recklessly” participated in the loss of private data from next April. That should be a sobering thought for any company board member who – up until now – may have thought than only the staff of the IT department need to worry about information security.

Ultimately, the proof of the pudding comes in the eating. Will Verity Trustees, and the many other companies up and down the country, in possession of personal information, learn to walk the walk and put proper defences in place to ensure that data accidents like this cannot happen again? Or will they in the future find themselves facing substantial fines?