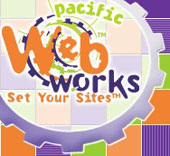 According to reports, Google has filed a law suit against a US firm alleged to have used their trademark to advertise “working from home” kits.

Salt Lake City-based Pacific WebWorks is in the firing line because of allegations that it directed job applicants to pay shipping and handling costs for a “free” kit that would show them how to make money from home with Google. However, credit cards are said to have been stung repeatedly with ongoing fees of between $50 and $79.90, while job seekers were left with no hope of the promised income.

It’s possible that a number of people will have fallen for bogus “working from home schemes” as the recession hit hard, and we’ve seen evidence of the scams being distributed widely via spam and social networks like Twitter:

By presenting the “working from home” scheme as a real news story, some users may have been convinced that Google was genuinely involved in the initiative: Only if you read the small print would you discover that:

Google is in no way associated with this website. The Publisher and Author disclaim any personal liability, loss or risk incurred as a consequence of the use and application of the offer, either directly or indirectly, of any advice, information, or methods presented in this publication.

Jeremy Kirk, a reporter at IDG, has uncovered evidence that Pacific WebWorks has had a successful year financially, and that its chief executive earns a not-to-be-sniffed-at $205,000 salary.

That’s much more, I imagine, than will be earned by the innocent members of the public suckered into “Jobs with Google” schemes.

Google has reportedly informed the Federal Trade Commission of other “working from home” schemes which they claim are abusing its brand.