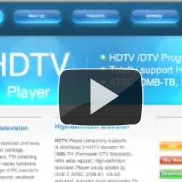 The tension is building, the champagne is nicely chilled, and I’ve crowbarred myself into a tuxedo, because it’s almost time to reveal the most popular postings I made on the Clu-blog during 2009.

Why’s this list interesting? Well, I’m not really sure. But it does reveal some of the hottest security stories of 2009 – not just the incidents and threats that interested us in our labs or in IT departments around the globe, but the ones which caught the attention of the general public.

And in some cases, as we see, they might uncover a more seedy side of what people might be hunting for on the internet..

So fill your glasses, as I now reveal the final countdown and our ultimate winner..

We’ve been banging on about Mac OS X malware since the first ever virus for Mac OS X was discovered in February 2006.

Since then we’ve seen Mac malware become (like its Windows-infecting cousins) become more financially-motivated. But still some Mac users seem to be living in a state-of-denial about the threat.

And so I made a video demonstrating a real world Mac malware threat, the OSX/RSPlug-F Mac Trojan horse which was being distributed by hackers in the form of a poisoned HDTV/DTV program called MacCinema.

There’s a really important lesson to be learnt here. Mac users are no different to Windows users – this is hackers using social engineering, plain and simple, to trick users into making bad decisions.

Chances are that if you are over 25 years old you’ve never heard of Leighton Meester, or the “Gossip Girl” TV show she stars in, but rumours that the young starlet had appeared in a leaked sex video stormed across the internet in June 2009.

Enter social media celebrity Guy Kawasaki, who is followed by over a hundred thousand people on Twitter.

I must admit I raised an eyebrow when I discovered a message on the former Apple Mac evangelist’s Twitter stream saying:

Of course, clicking on the link took unsuspecting internet users to a webpage hosting Windows and Mac malware (the appropriate flavour needed to infect your computer being automatically served up, posing as a plug-in to view the saucy video).

Yes, once again, it wasn’t just Windows users who were at risk. Mac users could also be infected if they were curious enough to click on the link on Guy Kawasaki’s Twitter page.

One of the really sneaky things about the Conficker worm (which also made an appearance in 10th place of this chart), was its ability to guess passwords used on your network, helping it to spread between computers which had been left poorly protected.

21-year-old Australian programmer Ashley Towns ensured that he will have a tiny footnote in the history books of computer security, when it was revealed that he had written the world’s first iPhone worm.

As the media went crazy, Towns admitted that he had initially infected 100 iPhones, that had not been properly secured by their owners, with his Ikee worm which changed wallpaper to a picture of 1980s pop star Rick Astley. Fortunately, Ikee could only infect iPhones that had been jailbroken and had not had their default passwords changed after installing SSH. But that’s not to say that it was harmless, as my fellow blogger Paul Ducklin made clear in this podcast with Risky Business:

And what became of Towns? Well, he doesn’t appear to have demonstrated any contrition for his behaviour – indeed, his infamy earned him a job at an iPhone app firm.

Ladies and gentlemen, boys and girls, I can reveal that the top Clu-blog post of 2009, with more views than the rest of the top 5 entries put together, is…

It’s perhaps an appropriate story to top the charts for the blog this year, as it contains many of the elements that contributed to the malware themes of 2009:

It’s hard not to feel incredibly sympathetic with TV sports reporter Erin Andrews, who had no idea that she was being filmed naked in her hotel room. The story saw a second burst of life when news broke that peeping tom Michael David Barrett had pleaded guilty of taping Andrews and posting videos on the internet.

There’s no doubt that many of the people who landed on my blog entry were, in fact, interested in finding the illicit video of Erin Andrews instead. Well, hopefully my video will have convinced some of them that they might want to get their kicks elsewhere in future.

Hackers, of course, have no qualms about taking advantage of hot news stories – whether it be the death of a celebrity, a hoax about a young boy lost in a helium balloon or Tiger Woods’ complicated marriage problems.

So, that’s it for another year. You now know the most popular Clu-blog posts of 2009.

Thanks for reading my blog, the guest bloggers who contributed such great content, and for everyone’s support during 2009. There were a stonking 604 posts (including this one) during the course of the year – and 2010 is likely to be even busier.