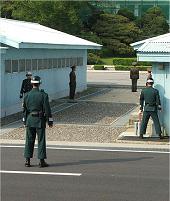 The unit, which will be manned by some 200 computer technicians, is designed to counter the threat of Chinese hackers and the much-rumoured North Korean cyberwarfare division, which has been accused of attacking North American and South Korean military computers in the past.

In 2009, miltary authorities in South Korea claimed that there were on average 95,000 reported hacking attacks every day on the country’s military networks. That’s more than one every second.

I think it would be dangerous to assume that all of these attacks originate in North Korea or China, however.

Last July, the media was full of reports of attacks hitting websites in the USA and South Korea, with North Korea receiving a lot of the blame.

But a denial-of-service attack takes advantage of botnets of thousands of computers around the world. This means that not only can innocent people’s computers be unwittingly taking part in a cyber war, but also that it can be very hard to determine where the real culprit is based.

It will be interesting to watch what difference the new South Korean Cyberwarface Command Centre makes, and if it manages to dig up any convincing evidence of where the perpetrators of high profile attacks are based.