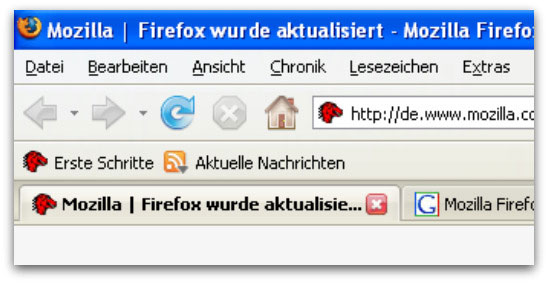 According to a report in the Wall Street Journal, the high profile “Operation Aurora” hack attack against Google and some 30 other companies has been good news for some firms. Namely, the makers of the Firefox and Opera web browser.

A zero-day vulnerability in versions of Microsoft’s Internet Explorer has been receiving a lot of the flak in connection with the hacks which allegedly targeted the Gmail accounts of Chinese human rights activists.

Even though it seems unlikely that the hackers only exploited one vulnerability in one product, the Internet Explorer security hole has been receiving a huge amount of attention – culminating, perhaps, in the German and French governments issuing advice to users to switch to an alternative browser.

And it seems people were listening.

The Wall Street Journal reports that German downloads of Firefox “spiked in the four days following the Friday posting of the recommendation by the German agency”, with 300,000 incremental downloads above its typical rate. Opera is also said to have benefited from the advice to switch from Internet Explorer, with downloads doubling over the weekend.

Personally, I question whether it’s sensible to switch horses^H^H^H^H^H^H browsers in mid-stream without considering the possible consequences. Certainly many businesses would find it a tricky thing to do – after all, many of them have been struggling to switch from Internet Explorer 6 just to a more up-to-date version of the browser, rather than to a browser from an entirely different vendor.

However, there’s no doubting the strength of feelings out there – with plenty of people having an extremely low opinion of Internet Explorer as the following poll demonstrates:

The good news for Microsoft is that they have announced that they will be shortly releasing an out-of-band patch for the Internet Explorer vulnerability (learn more about this on Chet’s blog).

Some might say that an Internet Explorer patch can’t come soon enough – but not Mozilla and Opera I’d wager..