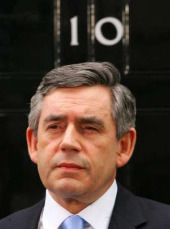 Emails which claim that pictures of Gordon Brown smiling can infect your PC with a virus have been widely distributed via email.

Members of the public are unwittingly forwarding the hoax warning, believing it to be true, warning that the dangerous emails refer to “Gordon Brown smiling or even ‘looking happy'”, and that all computer users should be on their guard.

The warning, however, is bogus. It’s just the latest in a series of email virus hoaxes that we have seen over the last 20 years or so – taking advantage of users’ desire to help their friends, family and colleagues by passing on a warning without properly checking their facts.

A typical version of the email hoax reads as follows:

Emails with pictures of Gordon Brown actually smiling are being sent and the moment that you open these emails your computer will crash and you will not be able to fix it!

If you get an email along the lines of Gordon Brown smiling or Gordon Brown even "looking happy" don't open the attachment.

This e-mail is being distributed through countries around the globe, but mainly in England , Wales and Scotland

Be considerate & send this warning to who ever you know.

PLEASE FORWARD THIS WARNING AMONG FRIENDS, FAMILY AND CONTACTS:

You should be alert during the next few days:
Do not open any message with an attached file called 'Invitation' regardless of who sent it.

It is a virus that opens an Olympic Torch which 'burns' the whole hard disc C of your computer.

This virus will be received from someone who has your e-mail address in his/her contact list, that is why you should send this e-mail to all your contacts.

It is better to receive this message 25 times than to receive the virus and open it If you receive a mail called 'invitation' , though sent by a friend, do not open it and shut down your computer immediately.. This is the worst virus announced by CNN, it has been classified by Microsoft as the most destructive virus ever.

This virus was discovered by McAfee yesterday, and there is no repair yet for this kind of virus.
This virus simply destroys the Zero Sector of the Hard Disc, where the vital information is kept.
SEND THIS E-MAIL TO EVERYONE YOU KNOW

If you receive a message like this, the best thing to do is tell your friend that it’s a hoax and then delete it.

Gordon Brown’s smile has made news headlines before, of course. He was widely ridiculed in the British press last April after releasing a YouTube video discussing MP’s expenses, with moments of uncharacteristic “friendly” smiling. Indeed, such was the negative feedback that 10 Downing Street closed comments on the video:

After the video was released even former deputy Prime Minister John Prescott labelled Gordon Brown as the owner of “the worst bloody smile in the world”.

It’s possible, of course, that the Gordon Brown virus hoax was started by someone as a joke, taking the mickey out of the notoriously dour Prime Minister. And it’s true to say that the hoax contains content very similar to the well-known “Olympic Torch” virus hoax.

The problem with email jokes related to computer viruses, however, is that sometimes people don’t see the funny side and before you know it thousands of people are forwarding it to each other as a real security warning. That’s not just a waste of time and bandwidth, it also might result in users taking drastic actions to clean-up their computer from a virus infection which may never have ever existed.