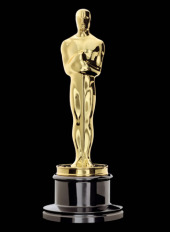 Last night saw Kathryn Bigelow’s hard-hitting film “The Hurt Locker”, about a bomb disposal team in Iraq, scoop the major gongs at the Academy Awards. It shouldn’t probably be any surprise to hear that movie buffs around the world used the internet to keep track of who won which Oscars, and – sadly -that hackers would try and exploit the event.

may be putting the security of their computers at risk today, as some of the results returned by search engines can point to malicious webpages.

By using SEO (search engine optimisation) techniques, hackers have created webpages that are stuffed with content which appears to be related to the 2010 Oscars, but are really designed to infect your computer. As you can see, information about the Oscars ceremony and award winners has been one of the hottest search topics overnight.

Clicking on the dangerous links takes you to a page which pretends to scan your computer for security threats, trying to trick you into downloading malicious code and hand over your credit card details. As Fraser Howard recently described on the SophosLabs blog, victims are redirected a number of times upon visiting from a search engine, before being taken to a webpage hosting a malicious script.

Sophos detects the malicious scripts as Mal/FakeAVJs-A, and the fake anti-virus itself as Troj/FakeAV-AXS.

Fake anti-virus attacks (also known as scareware) are nothing new, and it’s very common for hackers to exploit hot topics in an attempt to bring a steady stream of traffic to their infected webpages.