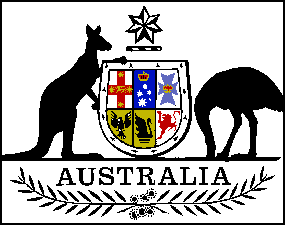 According to media reports in Australia, even the US Department of State is now laying into the Rudd government’s internet filtering plan.

According to The Punch, the Americans are against the Australian proposal because it “runs contrary to stated US foreign policy of using an open internet to spread economic growth and global security.”

Think what you will of US foreign policy. Say what you like about free trade agreements. But if The Punch’s words above are a reliable paraphrase of Hillary Clinton’s team (or, better yet, exactly what a US official said), then they are good news.

Someone, somewhere – and in the US Department of State, no less – understands that privacy and security are not enemies.

In fact, as I argued last week, privacy and security are often indivisible. If you bolster privacy, you very frequently improve security – especially computer security – and vice-versa. (When was the last time you did internet banking over a non-https link, for example?)

An open internet is dangerous. We all need to accept that. But a closed internet – especially one in which allegedly dangerous sites are made to vanish by secret government magic, in a manner which is technically opaque even to law-abiding users – doesn’t help us to equip ourselves and our children to confront and to defeat that danger.

To reiterate the opinion I presented last year:

Endpoint filtering and content scrutiny, plus informed parental supervision, are by far the most effective ways of protecting children online. Content filtering at the endpoint means that the computing power of every user’s PC, not just of an ISP’s servers, can be applied to the job of actually performing the content inspection. This, in turn, permits much more careful and accurate scrutiny. It allows the content actually delivered to the endpoint to be assessed, which means it is not easily tricked by anonymising proxies or encrypted tunnels. And it can much more flexibly be adapted as children learn and grow up.

The next most useful approach is voluntary, subscriber-funded filtering by ISPs. I approve of this part of the government’s proposal. This lets parents choose what to filter, can protect against a wide range of threats, and, like the endpoint solution, provides visibility into what was filtered, and when.

The lack of visibility in the government’s mandatory filtering proposal – for example, because parents won’t know what was blocked, or why, or when – is a good example of how privacy and security can collide to the detriment of both.

If you’re interested to know whether the government intends to take notice of the US or not, why not listen to Senator Conroy facing the music tonight on ABC radio’s Australia Talks programme? (Monday 29 March 2010 at 6pm AEDT, UTC+11.)