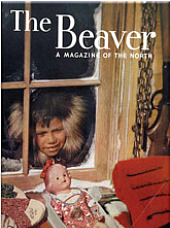 One of Canada’s oldest magazines has reportedly changed its name because of the problem of spam and web filters incorrectly blocking its content.

The magazine’s name is “The Beaver”.

According to a BBC news report, The Beaver’s attempts to expand its readership through internet marketing fell foul of over-zealous anti-spam software and web filtering software (particularly at schools) which sometimes block sites based upon keywords.

It will probably shock internet users, as it did me, that people hunting the web for “beaver” are not always looking for the semi-aquatic rodents famous for their industrious dam-building.

And so, after some 90 years, the magazine has decided to rebrand itself “Canada’s History”.

The magazine isn’t the only institution to have suffered because of ambiguity over the word “beaver”. In 2001, Beaver University in Pennsylvania rebranded itself Arcadia University for similar reasons.

Of course, a decent anti-spam filter will not just trigger on a word like “beaver”. It will look for many more clues and hints that an email might be spammy than a simple word match like that.

Anyway, this story does give me the opportunity to embed a clip from one of the Naked Gun movies:

I must admit that I did have to check the calendar a few times this morning to confirm this wasn’t an April Fool’s joke or not. Whether “Canada’s History” is telling the truth or not about why it has changed its name I’m not sure, but it’s certainly guaranteed a lot of publicity for itself.