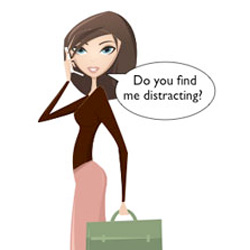 We published this story on 1 April 2010. Of course, “Protection through Distraction” doesn’t really exist. We hope you enjoy the joke (and the video!) as much as we enjoyed putting it together.

You may already have read the press release about “Protection Through Distraction”, but I wanted to ensure as many people heard about this as quickly as possible. I’m thrilled to report that Sophos is today revealing important new research into how companies can protect their most sensitive data – and asking the internet community to assist by writing romantic fiction!

Yes, I know it sounds crazy, but let me explain:

The problem, and a novel solution

As you all know by now, companies around the world are worried about sensitive data being stolen from their networks.

So, how about hiding your most sensitive data amid non-sensitive information? Like a needle in a haystack..

Sophos’s latest research has revealed that hackers can be significantly distracted from stealing information, if they find a file that is more interesting to them than, say, a database of credit card numbers.

Computer simulations run by Sophos experts has revealed that a variety of types of content can distract hackers for different periods of time – but the most successful content for the purpose is romantic literature.

By flooding your network with romantic stories, you can build an additional level of defence against hackers. Not only will they find it harder to uncover your confidential information, but they will also be distracted (by over 1.4 hours in some situations) by the romantic stories.

This gives you vital time to identify a security breach, and ensure your corporate information isn’t being stolen.

No other security vendor has made such important steps in “Protection through Distraction” – this is real ground-breaking work from our security experts.

Competition: Help us by continuing our romantic story

At the moment, this research is still confined to our labs – where we’ve tasked the analysts with writing romantic fiction alongside their regular anti-malware and anti-spam duties.

However, we are concerned that hackers could create Anti-Romance Scanners to identify romantic literature written by our analysts (who, like all writers, only have so much imagination). And that’s where you can help.

We need you to write and send us your own romantic fiction to add to our databases. Once we have enough we will be able to begin to roll out this protection across our customers’ networks.

To help kick things off, we have written an opening chapter below. Just continue the story (up to 500 words would be great) and send them to us at romance@sophos.com. Any entries we use will win a prize.

Belle St-Horne sat pensively at her pristine white desk, on the lofty top floor of the architectural marvel that was her building. Beyond the vast sheets of glass housing the world-leading computer security complex, the grounds throbbed wildly with the onslaught of spring.

God, how she hated not getting her way. Her record, nearly as flawless as her physique, meant the authorities and legal teams adored working with her. She was impossible to distract once she sunk her immaculate teeth into a pursuit of a bad guy. She definitely needed to get him in handcuffs – but how?

The stormy glint in her eyes intensified with her frustration, serving only to accent her pale skin and rose-coloured lips. She quickly stood and paced around to the front of her desk, dropping her pencil en route. As she bent down to retrieve it, she felt someone’s eyes on her. The new CISO, Dr Hugh Jeune, smiled and raised an eyebrow. She wondered if he’d noticed the cut of her pinstriped skirt, and the cherry-red soles hidden beneath her black leather peep-toes.

Hugh walked over and said “You look like your deep in thought Miss St-Horne – anything I can help with?”

She treated him to a lazy glance through her long lashes and said in her cut-crystal accent “You’re very kind, but no – just need to focus and get this guy off the cyberstreets!”

Hugh smiled as he moved closer and touched her elbow, “You know, if you were after me, I just know it would be only a matter of time before you caught me….”

“The faster I can pin this donkey to the wall, the better!” she teased as he walked off.

Belle gently stretched her slender, perfectly formed body and returned to her desk. She absentmindedly wound her long raven hair into a messy knot and secured it with her pencil. Wait a minute – what was that? She was convinced she saw her cursor move, but she was nowhere near her Mac’s trackpad. She jumped and ripped out the network cable and then turned off her wireless connection.

She grabbed the receiver and dialled. As the phone picked up, she said “Hugh, Hugh – Code Orange. Think Phathack’s sniffing around. Oh, and I’ll throw 10 Archers your way if you trace him.”

She waited a beat, but heard nothing. “Hugh?” She heard laughter…. and it didn’t sound like Hugh. “I think you know who this might be. Poor little Belle – playing a man’s game… and about to lose.”

So, get your thinking caps on and start thinking romance! Send us how you think the story should continue at romance@sophos.com