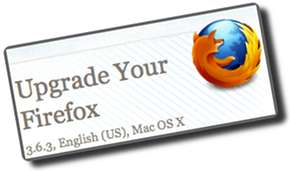 If you’ve just returned to work after the Easter long weekend, and you’re a Firefox user, you might not yet realise that the guys at the Mozilla Foundation recently pushed out their 3.6.3 update, just ten days after releasing 3.6.2.

The 3.6.3 version was released specifically to close a vulnerability demonstrated in the Pwn2Own contest at this year’s CanSecWest conference in Vancouver.

This is pretty quick work by the Firefox coders – the Pwn2Own contest started two days after the 3.6.2 Firefox update came out.

So, whilst the company which bankrolls Pwn2Own might subjectively claim to be proud of its competition (which, bluntly put, offers cash in return for zero-day exploits), the Mozilla crew can objectively be proud of knocking this bug on the head swiftly.