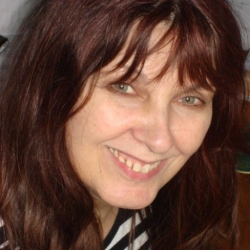 The mother of computer hacker Gary McKinnon has announced that she will stand against Justice Secretary Jack Straw in the upcoming British parliamentary elections.

Janis Sharp, who has campaigned tirelessly for her son who faces extradition to the USA after being accused of hacking into military computer systems, says that she blames Straw for eroding civil liberties and allowing Britain’s extradition treaty with the United States to go ahead.

By standing in Straw’s Blackburn constituency Sharp hopes to raise awareness of the plight of her son, who has been diagnosed with Asperger’s syndrome.

McKinnon’s troubles started when he broke into the computer systems in order, he claims, to hunt for top secret information about anti-gravity propulsion systems and alien technology, which he believed the authorities were hiding from the public.

In a television interview, Janis Sharp explains why she is standing against John Straw in the UK elections:

Clearly McKinnon’s case is worth considering if so many of those tasked with normally protecting computers from hackers are so supportive of his fight against extradition.