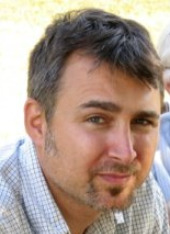 A journalist with the New York Times, based in Beijing, China, has written about how his Yahoo email account was hacked in order to surreptitiously forward his incoming messages to an unknown third party.

It was only after reporter Andrew Jacobs had struggled with peculiarities with his email setup for a few weeks that he explored his online settings, and discovered someone had breached his Yahoo account, as he explained in a recent article:

For weeks, friends and colleagues complained I had not answered their e-mail messages. I swore I had not received them.

My e-mail program began crashing almost daily. But only when all my contacts disappeared for the second time did suspicion push me to act.

I dug deep inside my Yahoo settings, and I shuddered. Incoming messages had been forwarding to an unfamiliar e-mail address, one presumably typed in by intruders who had gained access to my account.

According to Jacobs, scores of foreign correspondents in China have reported similar intrusions into their email accounts.

Jacobs’ account of his Yahoo account being hacked comes in the wake of increased reports of cyber-espionage alleged to have originated in China, much of it aimed against people commentating on issues related to China and Taiwan.