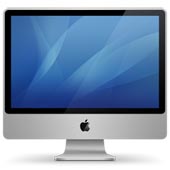 Pinhead or HellRTS? What’s in a name?

Mac malware is making the headlines again – this time in the form of a remote access trojan which has been given the name OSX/HellRTS.D by French security firm Intego.

The folks at Intego blogged about the new Mac threat they discovered, which when run on a Mac OS X computer can allow remote hackers to gain access.

Users of Sophos Anti-Virus for Mac are protected, as we detect the malware as OSX/Pinhead-B, but presently it looks like this is not considered a serious threat and we have received no reports of infections from customers.

It does, however, appear to have been distributed disguised as iPhoto, the photo application which ships on modern Mac computers. This is clearly an attempt to fool victims via a social engineering trick into installing the malicious code on their computers.

As always, be careful about the origin of applications you run on your computer, and keep your protection up-to-date. As many Mac users do not presently run any anti-virus software at all, they could be considered a soft target for more attacks like this in the future.

There’s a lot less malicious software for Mac computers than Windows PCs, but the fact that so many Mac owners don’t take security seriously enough might encourage an increasing amount of crime on their platform going forward.