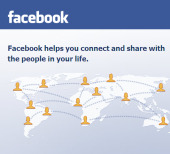 Crumbs. This is pretty sick. But it does underline the importance of good password security.

A young British woman falsely accused an ex-boyfriend of raping her and then – when she felt police weren’t taking her complaint seriously enough – hacked into his Facebook account to send a threatening message to herself.

23-year-old Zoe Williams, of Chard, Somerset was described as “really wicked” by the judge and jailed for four months.

Many of us have experienced the upset of a relationship going bad, and there can be few of us who can put our hands on our hearts and say we have always acted rationally when we’re at our lowest point. But do stop and pause for thought, if you’re ever tempted to do something as malicious as this to get your own back on a former partner.

Williams is now married to another man and has a baby – she’s no doubt regretting that a mad spell in which she accused an old boyfriend of rape and broke into his Facebook account has resulted in a spell in prison.

You can read more details about the case in the Daily Telegraph. But before you read that, make sure that you refresh your memory about sensible password security – that means never sharing your passwords with others and not making them easy to crack or guess.