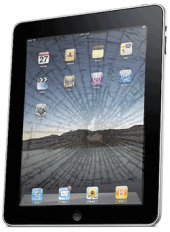 Could someone be spying on the emails you send and the websites you visit on your iPad?

For many the thought that someone could be reading every email you send, secretly logging every call that you make on your mobile phone, or silently tracking your location via GPS would be the stuff of nightmares.

And yet software exists (and is sold completely legitimately online) that does exactly this for those who wish to spy on their workers, or on members of their family.

And now a firm which in the past has made surveillance software to monitor the usage of iPhones, BlackBerrys, and Android, Windows Mobile and Symbian smartphones has announced a version of its snooping software to spy on iPads. The way that vendors get away with this is by explaining that it is almost certainly an offence to install software onto a phone or computer that monitors or spies upon the owner unless you have authorisation to install it.

Such software exists in the “grey” area between legitimate and illegitimate software, typically promoted as a way for wives to spy on philandering husbands, or for concerned parents to keep an eye on what their babysitter is up to, or to assist companies in enforcing acceptable use policies, rather than more traditional identity theft – but it’s clear that it can be used for a criminal purposes too. Fortunately, Mobile Spy’s spyware for iPads only works on jailbroken devices. In other words, not only does whoever want to spy on you need access to your iPad to install the software, your iPad also needs to have been tinkered with to allow you to run software that hasn’t been given the stamp of approval by Apple.

Late last year we saw malware which targeted users of jailbroken iPhones. My expectation is that if enough iPad owners jailbreak their gizmos too that some of the hackers at least won’t be far behind.