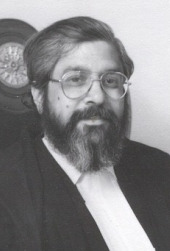 The Acting Chief Justice at Delhi’s High Court is reported to have told a conference on cybercrime that he had his own email account broken into by hackers last year.

But, says Justice Madan B Lokur, the fact that spammers sent out emails suggesting he had started a business selling spare parts for cars was of small concern compared to other fears he has regarding computer security.

Justice Lokur seminar told the “Enforcement Of Cyber laws” seminar, organised by The National Project Committee (NPC) and The Cyber Appellate Tribunal (CAT), that internet crime had spread extensively and that he was concerned that the Delhi High Court’s own systems – which record judgements and court proceedings – could become the target of hackers.

Earlier this year, the Times of India reported that judges had hurried to change their bank account numbers, after they included the sensitive information alongside details of their assets and liabilities that were posted on the Supreme Court’s website in the spirit of transparency.

Those bank account details could have helped criminals steal money from the very judges who are given the job of handing out justice to hackers.

According to Justice Lokur, the National Crime Record Bureau in India has 217 cybercrime cases pending in the courts.

There’s certainly a growing concern about cybercrime being exhibited by the authorities in India. Earlier this month, it was reported that India was banning telecom companies from importing Chinese networking equipment – due to fears that they may have been implanted with information-stealing spyware, and there have been claims from the Indian government that its computers have been hit by Chinese spyware attacks.