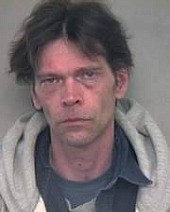 If you have a collection of illegal pornographic pictures of children on your virus-infected laptop, my advice would be (other than seek psychiatric help) not to take your computer in for repair.

Meet 46-year-old Daniel J Wagner, of Sheboygan, Wisconsin, who – annoyed by a virus on his laptop – brought it into his local Best Buy store to be fixed.

According to local media reports, technicians at the store are said to have discovered child abuse images on the computer and turned it over to police.

It was extraordinary enough to me that someone who had this kind of content on their computer would go to a store to have it repaired, but take a look at this part of the report which explains exactly how the Best Buy technicians noticed something was amiss:

A technician assigned to repair the computer found a child pornographic image on its desktop background, and attempted to replace the pornographic desktop photo because he was working in a public area of the store.

The technician then found more pornographic photos in the computer's "My Pictures" folder and notified his manager, who called police.

Yes, you read that right. Apparently, Wagner had a child abuse photo as his desktop wallpaper. Unbelievable.

Police found a total of 67 abusive images on the computer, some depicting children ranging between three and 12 years old. Wagner was arrested when he came to pick up the laptop last Friday.

He was charged yesterday with 14 counts of possession of child pornography, and could face a substantial jail sentence if convicted.

I used to think nothing good could come of a virus infection. Maybe I was wrong.

This story reminds me a little of a case back in 2005, when a 20-year-old German man mistook a bogus message sent by the Sober-Z worm which claimed he was being investigated by Germany’s Federal Crime Office (known as the BKA) for visting illegal websites. Police subsequently did find pornographic pictures of children on his computer, after he handed himself over to the cops.

And it shouldn’t be forgotten that there has been a long history of people being charged with owning images of child abuse, only to subsequently clear their name in court after claiming that a hacker or malware was to blame.

Certainly it would be interesting to know what malware was found on the computer in this particular case.